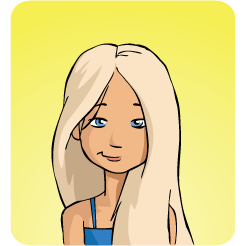 When I was in college, I mostly focused on getting through my classes and scoring decent grades. However, once I finished and got a real job, I realized that wealth management was my new challenge. Although I started making more money, I discovered that it wasn't as easy to save as I thought it would be. To learn how to maintain my wealth, I attended a financial education seminar from my local community college. I was able to learn about making sound investments, managing money on a daily basis, and finding incredible deals on the things I needed everyday. If you want to learn more about money, check out these articles.

"As January goes, so does the year" -- at least when it comes to investing in the stock market. With global turmoil causing U.S. markets to drop sharply during the first trading week of the year, you may be wondering whether it's a good time to pick up bargains or whether you should keep your powder dry in anticipation of a more significant correction. However, if you've never invested in foreign currencies before (or if your exposure to foreign stocks is fairly limited), now may be the perfect opportunity to take advantage of some depressed foreign currencies. Read on to learn more about the nuts and bolts of investing in foreign currencies, as well as how you may be able to use market indicators to maximize your potential profits.

What is the FOREX?

The FOREX, or foreign exchange market, is essentially the trading vehicle for foreign currencies. Through the FOREX, you can exchange your US investment dollars (USD) for any other type of currency at the current conversion rate, then reclaim your USD once this foreign currency has risen in value and given you a tidy profit.

For example, if an environmental or economic crisis has temporarily cut the value of the Chinese yuan in half, you'll be able to purchase twice as many yuan per USD as before the crash. Once the yuan's value has recovered and you decide you'd like to sell, you'll double the amount you initially invested.

The opposite scenario can also occur -- if you find yourself investing in currencies that are later devalued (or even eliminated during a regime change), you'll likely lose much of your initial investment. This potential instability is one reason many FOREX investors stick to traditionally "safe" currencies, like the Swiss franc, Singapore dollar, or Norwegian crown.

Because FOREX involves the trading of currencies from multiple countries, it's not subject to most of the regulations put forth by the U.S. Securities and Exchange Commission (SEC). And like other types of securities and investment transactions, these investments aren't protected against loss of value. As a result, you often have little recourse against market manipulation. However, this lack of regulation is simply due to the inability to fairly and impartially govern an entire world currency trading system, and the FOREX is no more prone to corruption or insider trading than other types of securities and commodity markets.

What market indications can point to a good FOREX investment?

If you're unsure about how to invest in FOREX, there are a number of resources that can help you get started in this realm.

One such resource, FOREX trade alerts or "signals," can help ensure you don't make a rookie mistake or let your emotions get the best of you when deciding how to invest your funds. These trade alerts are available on a subscription or fee basis, and can provide you with a text message (or even make trades on your behalf with prior permission) when market analysts believe a certain currency is poised to increase in value.

Another option can be algorithmic trading. This type of software takes the human element entirely out of FOREX trading, instead using complex mathematical calculations involving other market indicators to predict the rise and fall of certain currencies. Buy and sell orders are then executed according to a pre-set formula. For example, a FOREX algorithm may execute a buy order on a certain country's currency when this country's stock market dips below a certain threshold or when the volume of stock market trades reaches high levels (often indicating an impending sell-off or devaluation).  Contact a company like Winner's Edge Trading for more information.